Instead of defining money economists give a description of the economic flow, the production chain. Goods are produced and move from manufacturer to manufacturer, until the end product goes to the consumer. The money goes the other way, from the consumer upstream as it were to the producer until it reaches the supplier of raw material. Every sale implies a money-flow to the seller. A big part of this goes to the seller’s supplier, but every enterprise keeps a part of that money, the margin.

Here you find three production chains in a picture. Look where the end product, meat and vegetable, end up. It doesn’t say. After retail it goes to the consumer, OK. And after that? Right, literally flushed down the toilet, sewers and incineration. And after that? Dumped in the sea, or burned to an unknown material. Also nothing is known about where the tin ends up.

This model, the chain of production, is the basis of the economy. It has two shortcomings. The mining part exhausts natural resources. On the other side of the column there is the waste mountain. It consists of the same material as the stating material, in useless, used up form.

In the last phase of this cycle the substances are dumped into the sea and air. But where is the money in that last part? Nowhere. The great Unknown. It was never thought about.

I would call the value of the finished products negative. It costs money to use the sewage system. It costs money to collect domestic waste. Everything costs money, you’ll think. Logically, because garbage has no value, it’s value-less. I think that’s strange, because the waste of your toilet can be recycled. It should be recycled. That waste supplies precious raw materials for our horticulture. No, the value of our excrements is zero. You pay for the trouble, i.e. energy, of the “clean-up”. 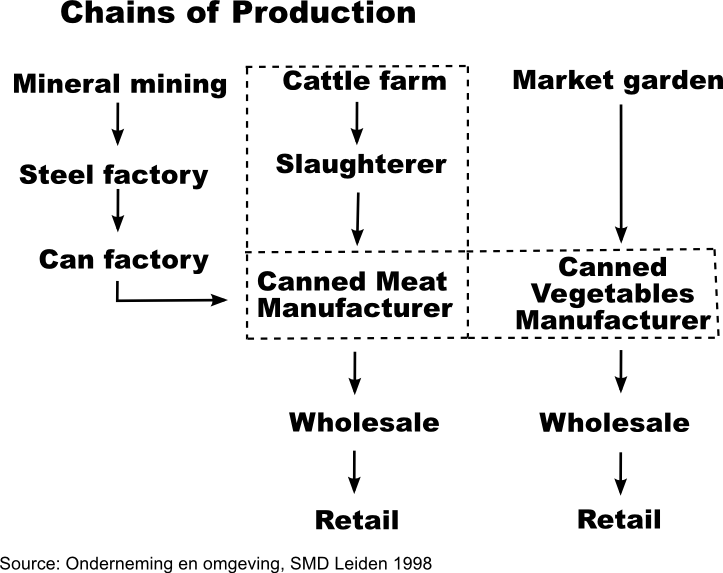 The shortage in raw materials and the waste surplus are caused
by this production chain, because recycling hasn’t been taken into account
in the design.

You will say now: Right, but recycling is being done these days? I collect my old newspapers and they are used again? Sure, but that is not thanks to the chain of production. This is a case of two connected chains of production: the regular industry and the recycling industry.

That’s why every product needs its own recycling system. The (in)famous PET bottles were recycled at the supermarkets up to 2006. That obligation ceased to be in the Netherlands. Paper recycling is organized in a different way in each municipality. Often it’s collected on a fixed day during the week, through organizations such as the local scout group or local volleyball club. You don’t get any money for your old papers. Only when you hand in 1000 kilos at once it’s worth your while. Tin cans are retracted from the waste with big magnets. The most important, organic waste is collected in special containers and composted. But our faeces… nobody ever mentions them. Flush them down and don’t look back is the motto. 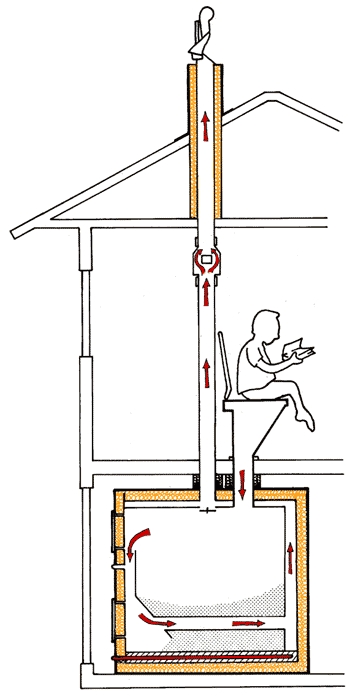